Hymn, the low-fantasy conflict-management collaboration I’ve been slowly plugging away at for a few months, has enjoyed some progress since the first early prototype/concept screenshots I shared. Although it isn’t quite as far along as I had hoped by now, the following screenshots are a testament to its development: 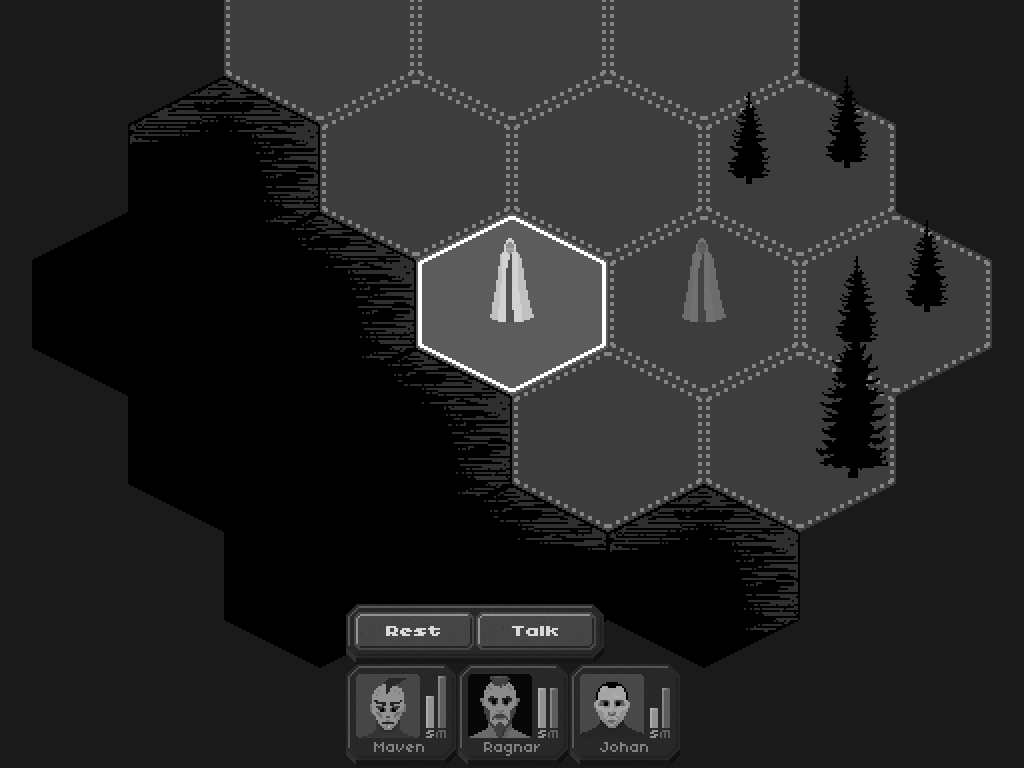 These unpassable water hexes are nicely fringed with overlapping highlights that also have the unintended-but-welcome consequence of hinting at the contour of the landscape beyond your field of view. I struggled quite a bit at representing the edges of water tiles in my first pass of the world in Adventurers, but after drawing and implementing this method in Hymn, I’ve been able to untie that knot, using much less bleak colors, of course. There aren’t many gains to working in multiple projects in parallel if you’re doing all of the work, but being able share solutions to similar problems is certainly one of them. 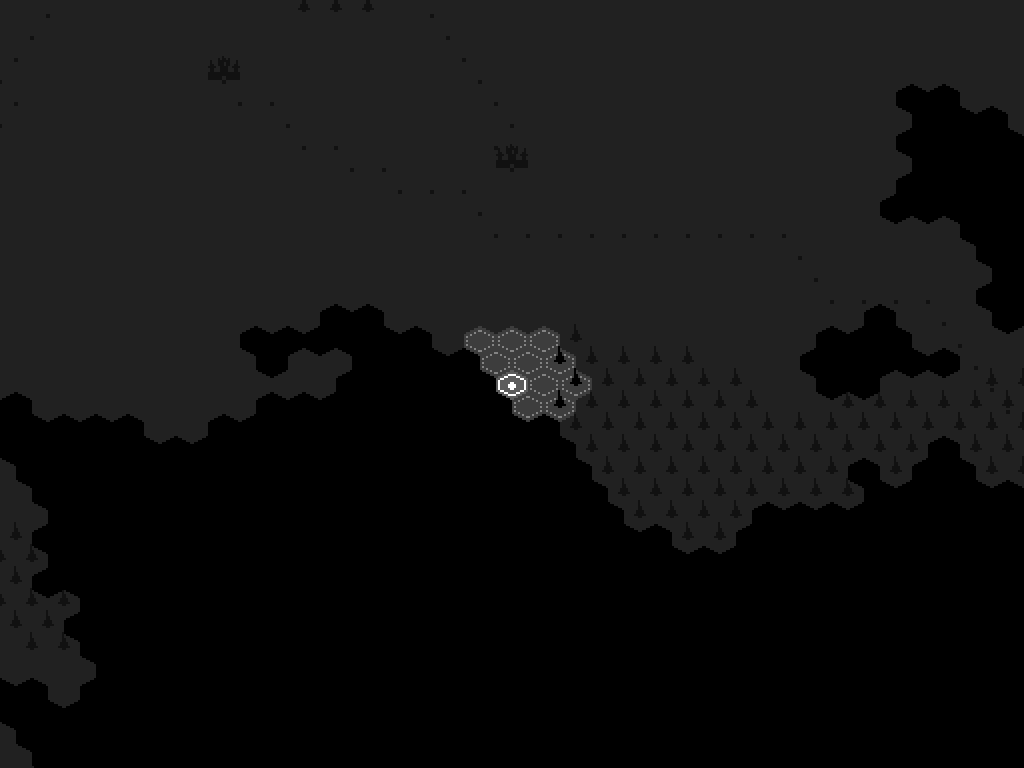 Because claustrophobia is not necessarily one of the underlying themes in Hymn, and because hex-based graph paper is not commonly available at local office supply stores, I also put together a simple map view. This screenshot is of the debug view, showing information well beyond what would be normally available to a player.

After being able to visualize the world in a more granular scale than the main game view, I threw together a simple world generator in much the same fashion as described here. The randomly placed cities are connected by roads, depicted as black dots on the map screenshot. The roads are also visible on the main game view, as you might expect, but I am not quite happy with their art work and want to touch them up a bit before revealing them.

I’m very happy with the overall graphical representation of the world and characters. In driving the core gameplay forward, I’ll be shifting gears back to the event resolution system that is at the center of the experience, along with implementing more character attributes to further drive the storytelling. A day-night cycle is also in the works, as well as the general passage of time, which also feeds into the kinds of events that will befall your characters.