A Few Updates and a Sneak Peek

During the past few weeks, I’ve kicked the development efforts of my latest project— sneak peek below— into overdrive, targeting a completion date of end of August/beginning of September. Here are some updates of note having taken place during this period of relative blog and Twitter silence:

YouTubers TheUberHunter and dewaldo have been gracious enough to do video review/walkthroughs of many of this year’s 7DRL challenge games, including yours truly’s The Adventurer’s Guild! Behold:

I made the call to put an end to the development of Legends of Aesthir earlier in the year as resources— mainly development motivation and time— slowly waned. It was the Freakonomics podcast episode on quitting that saved me from falling into the sunk cost fallacy, and instead spurred me to focus on the opportunity cost of working on that project exclusively.

Name generation breakdown in the works

In addition to feverishly churning out the Objective C machinations to bring my latest creation to life, I’ve been putting together a similarly structured article to the World Generation Breakdown in which I break down the statistical letter name generator in use in Dance of Death and my current project. I’ll likely put the finishing touches on it whist I twiddle my thumbs awaiting the app store review.

It’s official! I’ve registered Nolithius as a limited liability company in preparation for the release of my upcoming game, allowing me to attach it to the “brand” rather than my personal name.

iPhone game weeks away from completion

I’ve been fairly tight-lipped about my latest project, but with the completion date (pre-app store review) drawing nearer (targeting the end of August/beginning of September, as I mentioned earlier), I figured I’d trickle out some more details: it’s a roguelike-like iPhone game with a twist, developed in Objective C on top of Cocos2d after being prototyped in Flash. I’ve partnered up with someone for the music and audio, having taken the plunge to do all of the artwork myself. Here’s a sneak peek of character creation: 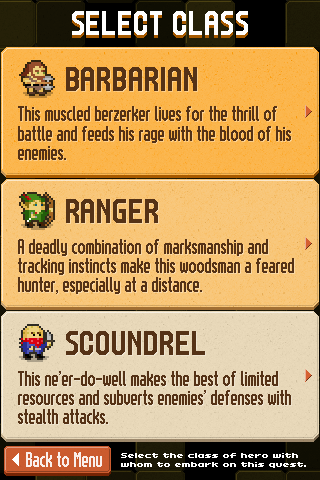 2 responses to “A Few Updates and a Sneak Peek”